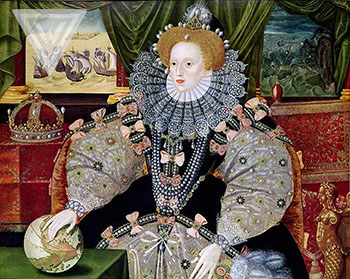 Fashion always changes (or never does, depending on the point of view). Wigs have been around for as long as we can remember and have suffer tremendous rises and dreadful falls in their popularity. From being extremely often encountered in the ancient world they fell into disuse after the barbarian invasions (and the lack of refinement that followed), only to be reinstated by these monarchs:

One of the most avid users of wigs since the Roman times, it was she who put them back in fashion in the British isles. From vanity in her early years (she wore wigs matching with her dresses) to a means of maintaining her youth, this Queen was responsible for saving the wig in its darkest hour.

The virgin Queen was certainly one of the most interesting rulers of England. Succeeding Henry VIII, she managed to save the country from catastrophes numerous times.

A powerful and handsome man with lush hair in his youth, balding was extremely painful for this French monarch, which motivated him to wear a wig. Unintentionally however he caused the entire aristocracy of the country to mimic him, leading to the extreme rise of popularity of wigs, following his death. 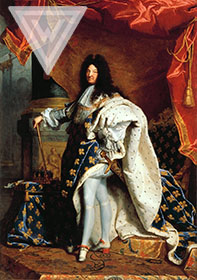 The rule of Louis XIII saw France united and modernized. With the help of cardinal Richelieu he turned the empire into one of the most influential in Europe.

Louis XIV
It is only fitting that the man who would outdo the already very vain Louis XIII would be his son with his extravagance of legendary proportions. Like every aspect of Louis XIV’s life his wigs were meant to symbolize opulence, authority and power (with a pinch of pretentiousness)

The Sun King reined for over 72 years, outliving even his own son. He was the one who turned France into a centralized and absolute monarchy.